Lewis Hanna is the newest member of our team. Prior to joining us, Lewis was a sole practitioner with his own law firm in Boca Raton, Florida.  He graduated from Nova Southeastern University, School of Law, in 1992.  Prior to obtaining his undergraduate degree, Lewis served a tour of duty with the U.S. Army and attended the U.S. Army Intelligence School in Arizona.

Immediately after law school, Lewis served as an Assistant State Attorney in Palm Beach County, investigating, and prosecuting criminal offenses from 1992 until 1997. Lewis and Mark Astor were colleagues for several years, and Lewis was chief of Mark’s initial County Court division assignment. Lewis went on to serve as the Deputy Chief of the Juvenile division, where he served with distinction. Lewis was well respected for his skills in the courtroom, never afraid to take on any challenge.

After leaving the State Attorney’s office, Lewis opened his firm in Boca Raton where he has primarily focused on both State and Federal civil and criminal defense litigation. Lewis also successfully prosecuted State appellate cases that have been reported in national law reporters. 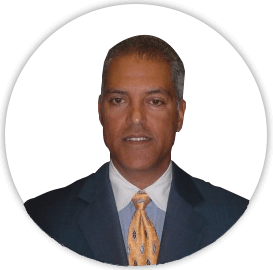 In addition to his legal practice, since 1994, Lewis has served as an adjunct professor at Palm Beach State College (PBSC) where he taught Political Science and Business Law I and II. During his time at PBSC, he also served as the Head Coach for the college’s mock trial team, which competed in several American Mock Trial Association trial competitions against schools such as Harvard, Clemson, University of Florida, and Florida State University.

Additionally, Lewis has served two terms (6 years) as an investigating member of the Florida Bar Ethics Grievance Committee for the 15th Judicial Circuit. During his last tenure, he served as Vice Chairman of the Committee.

Lewis will be handling all aspects of the substance use and mental health cases that we handle. We are excited to have him join the team.